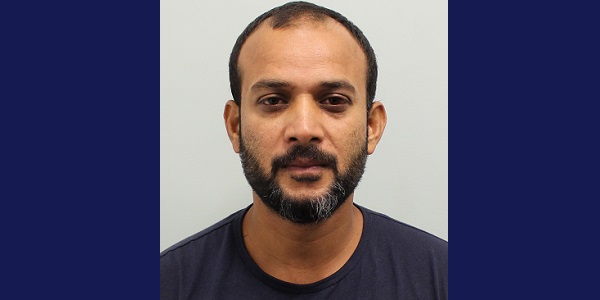 Aman Vyas - extradited from India and convicted of rape and murder

IT TOOK TEN YEARS, but persistence on the part of the Metropolitan Police has finally seen Aman Vyas convicted on three counts of rape and one count of rape and murder – crimes committed in Walthamstow between March and May 2009.

Vyas was 24 when his string of crimes began. It seems that he prowled round an area centring on Markhouse Road in the early hours of the morning, looking for women on their own whom he could attack.

The first attack occurred on 24th March 2009. Vyas followed a woman to her home and although she challenged him, he pushed his way into her flat.  He punched her in the face and raped her.

The second attack happened on 22nd April 2009.  He targeted a woman who was out walking.  He asked if she knew where he could buy some drugs and she said she would take him to a place where he could buy some. As the arrived at their destination, he pulled out a knife and forced her down an alley.  The women screamed and he punched her in the face and raped her.

Police were able to retrieve partial DNA from both attacks, from which they established that the attacker was not on the DNA database. However, in 2019 the forensic evidence was reviewed and a full DNA sample was found from the second attack.

The third attack took place days later – on 29th April. In the early hours of the morning, a member of the public heard screaming and groaning coming from the graveyard by St Saviour’s Church. Police were called and they found a woman with head injuries. The victim could remember walking home from the supermarket – but nothing afterwards. She had to be kept in hospital, receiving treatment for her injuries, for over a month. Police were able to obtain a DNA sample and link this attack with the earlier rapes. 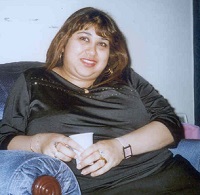 The circumstances of the fourth crime were particularly harrowing. Shortly after 5am on 31st May, a person out walking their dog came across the partially clothed body of Michelle Samaraweera, 35, in a small park on Queens Road. Police established that Ms Samaraweera had visited a shop in Markhouse Road the previous evening. She left and began walking along Queens Road, by the park. At about 1.30am, members of the public heard screams coming from the park but did not call police. When police and the London Ambulance Service were called by the early morning dog walker, Ms Samaraweera was pronounced dead at the scene. A post mortem concluded that she had been sexually assaulted and then strangled. Police were able to obtain a DNA sample.

The cases were now linked and the investigation was handed to homicide detectives. On 6th June, they conducted house-to-house inquiries around the area. They had a basic description of their suspect: of Asian appearance, dark skin, aged between 30 and 40. Men who broadly matched that brief description were asked to give a DNA sample. By the end of August, nearly 2,000 homes had been visited and 750 DNS swabs had been taken and tested – but no match had been found. The investigation continued. Three months later police had carried out 1,100  tests – without finding a suspect.

Police did make some arrests, but none of these proved to be a sound suspect. The police continued making inquiries, issued an E-fit of their suspect and make repeated appeals in the media. Over a year later, police were still trying for a breakthrough. They turned a CCTV image – taken in the shop where Ms Samaraweera had been just before she was murdered – into a leaflet and posted it to over 60,000 addresses in the area. It was then that they had a breakthrough.

A man who received one of these leaflets recognised the image – and the distinctive jacket he was wearing. He was able to identify the image as that of Aman Vyas, his former employee. But then came a bitter blow. The man told police that Vyas had left the UK in July 2009. There was one further lucky break: a relative of Vyas still worked for the informant, who was able to give police a water bottle that the relative had used. Police were able to obtain a DNA sample – which proved there was a family link between the current employee and the DNA samples left by the rapist.

The police now knew who they were looking for – but they had quite a search. They established that Vyas had left the UK on 2nd July 2009 – a few days after the crime had featured on the Crimewatch programme. He had bought a one way plane ticket to India, on the day he left. Police could not find him in India. They traced him to New Zealand and established that he had then gone to Singapore – but they could not trace him further.

The next lucky break in the case came on 4th July 2011. The Metropolitan Police were contacted by the Indian police who said that the had identified Vyas, who was an Indian national, as he tried to get on an aeroplane leaving New Delhi. Extradition proceedings began right away – but it took until 4th October 2019 for extradition to be granted. Metropolitan Police officers went to India and escorted Vyas from New Delhi to Heathrow – where he was finally arrested and charged and remanded in custody.

The legal process in the UK took its course and it was on 30th July that Aman Vyas, 35, of no fixed address was convicted at the Old Bailey of the rape and murder of Michelle Samaraweera and the rape of three other women. He was found guilty of a total of six counts of rape and also of one count of Section 18 Grievous Bodily Harm. He was found not guilty of one count of possession of a bladed weapon.  Vyas will appear at Croydon Crown Court on 21st August for sentencing.

The case officer, Detective Sergeant Shaleena Sheikh, said, “There has been a long wait for justice in this case but finally the victims and their families have seen the person responsible brought to account. Vyas did all he could to avoid responsibility for his crimes. He fled abroad and then added to the distress of those he hurt by making them go through the ordeal of a trial. However, the injuries Vyas inflicted told the true story of this violent criminal and the jury have seen right through his lies.

“Although we had DNA from the scenes of his crimes, Vyas was not on the DNA database and was a complete stranger to his victims; to bring him to justice required an extraordinary investigation. This case lasted more than ten years, needed enquiries in many different countries and finally a lengthy extradition process.

“The sheer scale of the investigation was also remarkable. There were extensive media appeals, and thousands of homes and businesses were contacted, in person or through leaflets. Thousands of men volunteered to assist by voluntarily giving DNA. I would like to personally like to thank all those who helped, it was through those extensive efforts that Vyas was finally identified and brought to justice.

“Vyas’s crimes were wicked and relentless and I am thankful that such violent predators are rare. To anyone who is the victim of sexual assault or violent crime, this case shows the determination of the Met to bring those responsible to justice. If you are a victim of sexual crime, please tell us – you will be supported.”