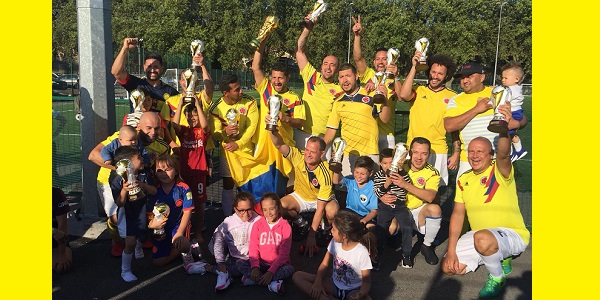 England had overcome holders Bangladesh in the semi finals, while Colombia had beaten South Africa to take their place in the final. The South Americans overcame the loss of a man sent off to hold the host nation to a scoreless draw before dispatching perfect penalties to win in sudden death.

Ecstatic player manager Javier Riveria spoke after the game, saying, “It’s been a wonderful day for us throughout, and we set our stall out from the very first game. The final was very tough, both mentally and physically – especially after we went a man down. But these players are winners, and I was confident if we could withstand the pressure from England then we would win it. Thankfully we held our nerve in the shoot-out.”

ILFL Chair Rashid Ali added, “Today has been another fantastic advert for our communities with some tremendous football being played. The atmosphere has been great and each team have been brilliant as ambassadors. With such unity, fanfare and banter I believe this is a tournament that will go from strength to strength.”