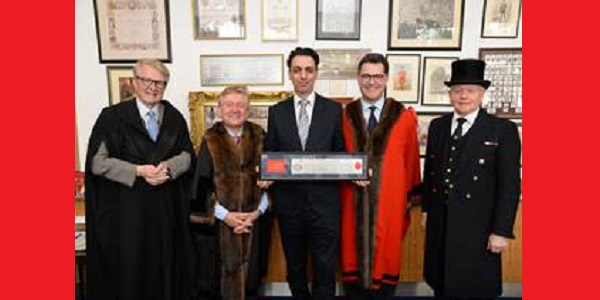 THE FORMER director of the Theatre Royal, Stratford, Kerry Kyricos Michael, has been awarded the Freedom of the City of London. The award was made in recognition of Mr Michael’s contribution to diversity in the arts and in particular for his collaboration with the Barbican.

Nicholas Kenyon, Managing Director, and Louise Jeffreys, Artistic Director – both of the Barbican – explained the connection between Mr Michael and the Barbican. “We are delighted that Kerry Michael has been awarded the Freedom of the City of London in acknowledgement of his ground-breaking work to promote diversity in the arts,” they said.

“The Barbican had many collaborations with Theatre Royal Stratford East during Kerry’s time as artistic director there, including the transfers to the Barbican of his production of The Harder They Come, and Boy Blue Entertainment’s Pied Piper which won an Olivier Award. He has tirelessly supported new work and emerging artists, and this Freedom recognises his positive influence on the arts sector.” 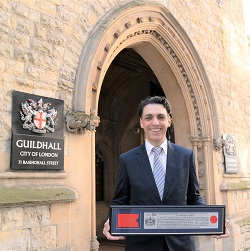 The Freedom of the City of London is an ancient concept which is thought to have been presented first in 1237. In medieval times, a freeman was able to earn money and own land – as opposed to earning the right to live in their home by working for a landowner. Freemen of the City were able to carry out a trade within the City. Today the Freedom is awarded in recognition of significant achievement in making an outstanding contribution to public life in London.

The Freedom was open to British and Commonwealth citizens until 1996, when the nationality qualification was removed as the City tried to keep tradition alive by bringing the concept up to date – in the context of the City’s unique local government structures.

Mr Michael, who lives in Stratford, was awarded the Freedom at a ceremony conducted by Murray Craig, Clerk of the Chamberlain’s Court, and during which he had to make a declaration to the Queen.

As he received the Freedom, Mr Michael said, “As a second-generation Cypriot whose parents migrated to the UK in the 60s as part of Britain’s Empire, I was proud to receive the Freedom of the City of London. I was also honoured to be nominated by Sir Nick Kenyon, in recognition of the brilliant collaborative work between Theatre Royal Stratford East and Barbican Centre. What was achieved at Stratford East during my tenure took the skills and talents of many people and I want to thank everyone who I worked with.”