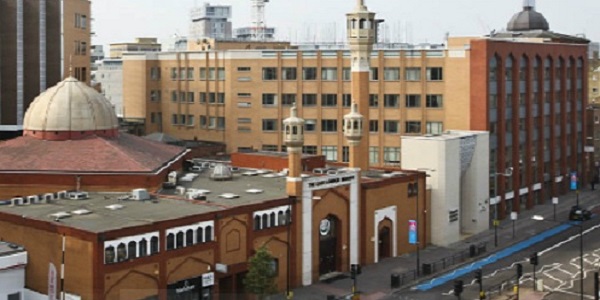 The East London Mosque is one of many faith centres in Tower Hamlets which has closed its doors to members of the public while providing online services to members of its congregation.

The East London Mosque announced its decision in a statement which read:
“In line with the most recent advice from the Government, from medical professionals in our community, and after very careful consideration by our Imams in consultation with Islamic scholars and other Mosques and centres, we have taken the difficult decision to suspend public access to the East London Mosque, including for all prayers and Jumuah (Friday prayer), beginning Thursday 19 March 2020. We will continue to broadcast the adhan, insha’Allah.
“We will keep the situation under constant review, and ensure our congregation is informed through our website and social media, insha’Allah. We are also putting measures in place so that our community can get in touch with the Mosque, and we’re looking at ways the Mosque can give support to the vulnerable in our community. May Allah help us all in this time of trial; we should turn to Him in increased devotion through prayer, dua and reading the Qur’an.”

Mosques across East London are thought to be following government guidelines and asking their congregation to pray at home. However, it is not always easy for the smaller mosques to update their websites, so it is hard to get an overview.

Christian churches in Tower Hamlets have also been slow to publish their policies on their websites.

The website of Tower Hamlets Community Church, which operates from Ricardo Street, at the western end of Harcaland, is still displaying a full set of “community and church events”, as are many of its companion evangelical churches.

Mainstream Christian churches which have no online statement explaining how they will respond to new government guidelines on “social distancing” include the churches of St James the Less, Bethnal Green; and the Methodist church on Bow Road.

Christ Church on the Isle of Dogs has announced that public worship has been suspended. Services will be recorded and can be viewed, along with morning and evening prayer, on the church’s website:
Christ Church Isle of Dogs