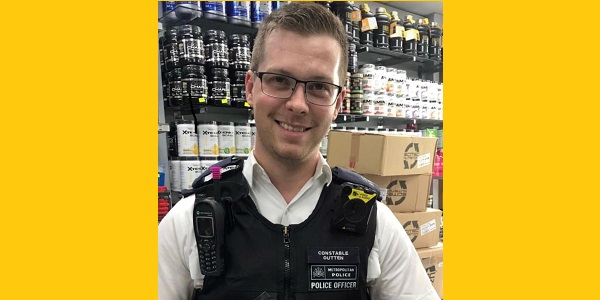 PC STUART OUTTEN, the police officer attacked by a man with a machete in Leyton last week, has been discharged from hospital – as his family spoke out to commend his bravery.

“We have been overwhelmed by the amount of support we have received from the public, Stuart’s colleagues and the wider policing family. We are incredibly proud of the bravery Stuart showed during the incident. His injuries could have been fatal and we are thankful that he is stable and recovering in hospital with his loved ones around him.

“Stuart joined the Met straight from school and loves being a police officer and protecting the public. Although there are risks associated with his job, we would never have expected something like this to happen. We are so grateful to the London Ambulance Service paramedics and hospital staff for their care and compassion.

“We have been made aware of images circulating that show Stuart’s injuries and him recovering in hospital. We would kindly ask the media and the public not to publish these images at what is already an extremely distressing time for us as a family. We would also ask the media to please respect our privacy at this difficult time.”