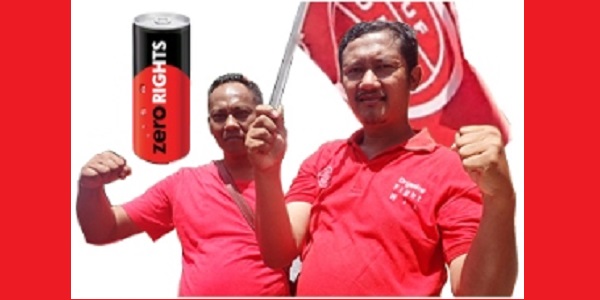 TWO FOOD WORKERS in Indonesia – Atra Narwanto and Lutfi Ariyanto – are appealing for brothers and sisters across the world to help them organise to win better working conditions at the Coca Cola bottling company plants in Indonesia.

The bottling company, Coca-Cola Amatil (CCA), is based in Australia – but it has operations in Indonesia. Workers have been setting up independent trade unions to represent the workers and fight for better pay and conditions, but the company has sacked union leaders and even many members. Atra Narwanto and Lutfi Ariyanto were elected union presidents and they have been suspended from work.

The International Union of Food, Agricultural, Hotel, Restaurant, Catering, Tobacco and Allied Workers’ Associations (IUF) has been helping workers at CCA organise independent trade unions which are in line with internationally recognised human rights standards. It is important they succeed, because that will help other workers who are employed by other companies. If they fail, companies will continue to repress workers and ignore their human rights, just as they did in the days of dictatorship.

The good news is that you, from the comfort of your armchair, can help these workers – if you can spare about one minute of your time. The IUK has an international support system based on asking sympathisers to send an email, which has proved very successful in persuading tyrants, big companies and repressive organisations to back off. You just need to click on the link, type in your name and address, click on your country of origin and enter the spam prevention number – and then you can either click to send the proforma protest email, or you can alter it to put in any points of particular concern to you.

•Read more about it:
Play for Rohingya raises thousands
Met Police help out after hurricane Irma 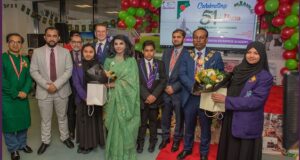