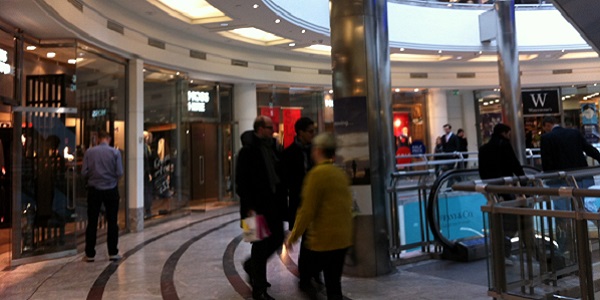 Pre-pandemic shoppers at Canary Wharf: will they return?

IT’S A HISTORIC deal – apparently. The Finance Ministers of the G7, meeting in London, have agreed a new system for taxing multinational companies.  They are hoping this new system will provide a cash windfall for governments which have borrowed heavily to see their nations through Covid.

The phrase “pull the other one” comes to mind. This is no new deal. It is a different deal, which is to follow the previous deal – one in which multinationals operated across the world but paid taxes in countries with low or even negligible rates of corporation tax, while western countries conspired to ignore the glaring unfairness

In this way, the G7 channelled money into the pockets of their mates who ran the new infrastructure on which the free market relied (Google, Amazon) to provide economic growth. Now, they want some of that cash back – in such a hurry that they have concluded in months a deal they have been dithering over for years.

Both elements of the “new deal” are flawed.

Rules on where taxes are paid
The G7 have set up new rules which will require multinationals to pay taxes in the country where their business has generated taxable profits, rather than in offshore tax havens where the companies are officially registered.  That’s new rules agreed by just seven of the world’s nations, who will now need to persuade the other countries in the G20 to agree before tackling the other 180 or so nations of the world. It only needs one – Russia? China? The Cayman Islands? – to break rank and offer the multinationals a better deal, and who will stop them?  Is the UK, or the US, really going to stop Google or Amazon trading in the UK?  Or threaten Putin (with what? Sanctions? War?) if he outsmarts them?

The rate of tax
The second part of the G7 agreement is that all countries will charge a minimum rate of corporation tax of 15%. UK income tax starts at 20%, giving multinational companies a lower rate of tax than nurses, which hardly tackles the unfairness. Again, though, these rules are virtually unenforceable: a common tax rate allows countries a great leeway in terms of grants and subsidies which could be offset against the company’s tax bill.

But it might work
Despite the flaws in the new deal, it is possible that the historic deal may work and multinationals may well end up paying more tax – but not for the reasons the G7 have made public.  The Covid crisis caused governments to borrow enormous sums of money to prop up national economies in which far fewer people were producing goods and services for sale.  With the numbers of those in work falling, income tax receipts will fall too – and an injection of corporate taxation may go some way towards evening out the losses.

It will be hard for governments to pay that their loans.  They are gambling on interest rates staying low. The domestic recoveries, as people go out to spend money accrued during lockdowns, may be short lived as furlough finally ends and unemployment, already high after several company bankruptcies, rises further. Demand may remain low, nationally and internationally.

●Read more about it:
Is the economy looking up?
More gloom over UK economy