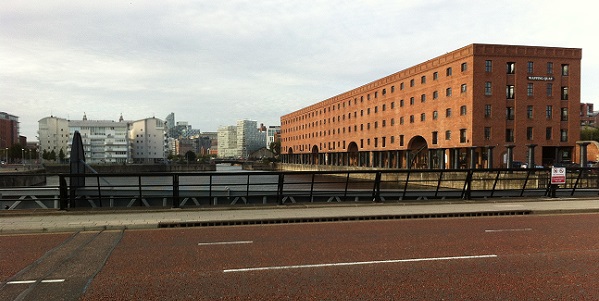 Can the economy sustain developments such as Liverpool Docks (above)?

THREE FACTORS have combined to suggest that the UK economy is growing more slowly than the Government had hoped.

•First came the news that UK manufacturing output fell by 0.2% in February. This had not been expected, and it is hard to find any evidence that would dismiss the fall as a blip in an otherwise strong economy. Years of low wage increases and, in many cases, wage cuts have depressed people’s spending power and reduced domestic demand for goods. Public sector pay restraint is being eased a tiny bit – but not enough to restore public confidence.

•Second came news from the Royal Institution of Chartered Surveyors (RICS) that domestic demand to buy houses was down in March – for the twelfth month in a row. Again, not enough people have money to buy homes, despite government schemes to assist first time buyers with their mortgages. A big reduction in prices might stimulate demand – but the Government cannot afford to let that happen, as it might lead to a complete crash, leaving many home owners in negative equity (owing their mortgage provider more than their home is worth). It could also trigger a complete loss of confidence in the economy – as happened in the 2008 global economic crash.

•Third came the news that the first two factors may make it harder for the Bank of England to raise interest rates in May. In many ways this is good news for people with mortgages and other debt, as it keeps their outgoings stable. On the other hand, it’s bad news for savers, who will see their incomes remain at historically very low levels, and for new pensioners, whose payouts will be much smaller than many were expecting.

An increase in interest rates was expected, and the hope was that this would go some way towards boosting domestic demand. It seems that this will have to wait – possibly until the autumn.

Those people who say that capitalism is a great way to run the global economy are running very short of evidence that this may be the case.

2018-04-12
admin1
Previous: Clapton murder: one bailed; inquiries continue
Next: Have you seen missing men from Newham?