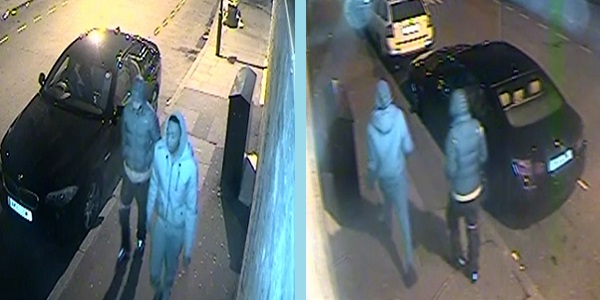 Two men head towards and walk past a CCTV camera - can they help police with solving this murder?

POLICE ARE DETERMINED to solve the murder of Daniel Frederick. This week they have seen one suspect charged, appear in court – and be held in custody. Now, as they build their case, they are trying to identify two further people. 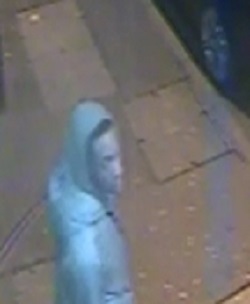 One of the two men, from another view.

Detectives have released CCTV footage and stills which show two men walking along Clissold Road shortly before 6pm on the day of the murder. Police believe that at least one of the men was caught up in the altercation in which Daniel Frederick was killed – and he may even have been injured.

Daniel Frederick died on 8th January. The reports of a man having been assaulted outside Burns House in Shakespeare Walk came in at 5.48pm. The emergency services found him and rushed him to hospital – but he died later on that evening.

Detective Inspector Paul Considine, who is leading the investigation, said, “From the information I have, it seems that Daniel may have been mistaken for somebody else. He appears to be a completely innocent victim who was walking through the estate when he was subjected to an unprovoked attacked.

“I hope these images will jog the memory of anyone who might have seen these men or know them – please contact us urgently. I believe one of the two men, the one in the darker jacket, may well have sustained an injury to his right leg during the attack which might be consistent with a stab wound. We are also still appealing in general for any witnesses or anyone with information who has not yet spoken to us to come forward.”

•Anyone who recognises the two people in the CCTV and pictures, or has any other information about what was going on in Shakespeare Walk that night, is asked to phone the police incident room on 020-8345 3734. Alternatively, you can call Crimestoppers on 0800-555 111, where you can give information anonymously.

•Read more about this story:
Daniel killing: second arrest made