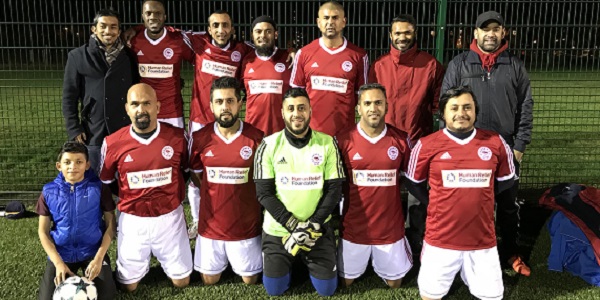 STEPNEY FC MADE light work of Beaumont FC to stroll home 4-0 in the third round of games in the Inner London Football League Premier Division.

The old guard were on fire at Mabley Green as Tharik Hussain set the ball rolling with a stupendous long range opener on twelve minutes after a measured squared ball from right winger Muktadur Ali. Goalkeeper Irfan Haji was called on to save two Beaumont attempts on goal before the energetic Mufi Uddin raced in for a second just before half time.

Beaumont attacked in the second half but Stepney capitalised on the generous space made available by their opponents. A neat move involving Russell Choudhury and the tireless Shane Baptiste set up captain Zaheer Saleh for the third.

With a minute remaining, Runu Miah found himself in acres of space and remained composed in the Beaumont box to send a pinpoint ball across the six yard box. Saleh steamed in and made no mistake to complete the rout. The captain now leads his team’s goal scoring chart with Mufi and Jamal Rahman.

Stepney manager Emdad Rahman commented, “It’s exactly these types of games against seasoned and wily veterans that we have to impose ourselves in if we are to do well in this very strong league. I’m pleased the boys didn’t have to go beyond third gear for an impressive win tonight.”