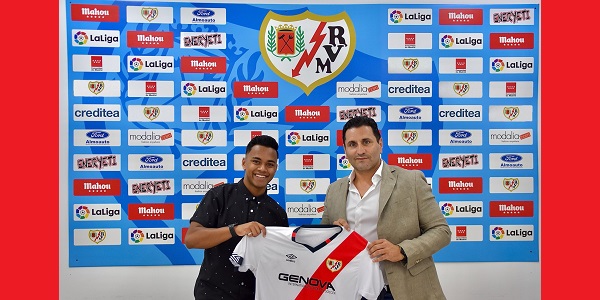 As a youngster, Zidan started at the David Beckham Academy before moving on to Bromley FC, where his prodigious talent led to a subsequent step up to FC Dallas and Columbus Crew in the United States.

After joining Los Franjirrojos, Zidan will initially play in the B team before making a much anticipated debut at Campo de Fútbol de Vallecas.

Zidan spoke after the signing, saying, “I’m very proud to announce that I have signed with Rayo Vallecano FC for the 2021/2022 season. I would like to thank the club for giving me this opportunity and for believing in me. To my coaches and mentors, current and over the years, a very big thank you for all your support, time and love. I would also like to thank my family for all they have sacrificed over the years, without them I wouldn’’t be where or who I am today.

“Lastly I would like to thank those who have followed my journey through social media, especially those in my country of origin, Bangladesh. Your support doesn’t go unnoticed, thank you for all the love you have shown me. The hard work starts now!”