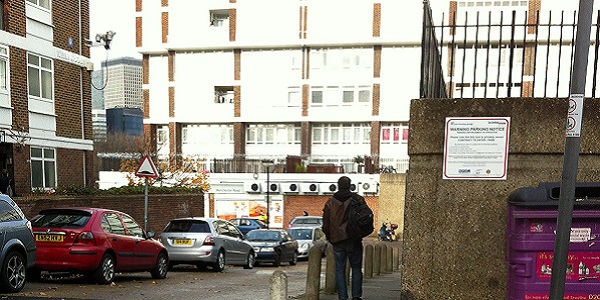 The Samuda estate, with the Canary Wharf development visible in the distance.

Is One Housing selling off Island residents?

ONE HOUSING has revealed that it plans to join the Riverside Group – and talks about the takeover are well underway. The news has come as a shock to residents of its properties in Tower Hamlets, the bulk of which are on the Isle of Dogs.

An announcement on the One Housing website dated 23rd June states that it plans to form “a complementary partnership” with Riverside on the basis of a “shared recognition that we are better and stronger together.”  The Boards of the two social landlords have already agreed a business case for this complementary partnership – a case which has not been made public.  Their aim is that “One Housing Group joins Riverside by the end of the year.”

One Housing explains that residents will see little change to begin with, while the two social landlords plan how they will merge.  As their plans develop, they will carry out a “formal consultation” with “customers” (residents?) and will work with their “involved residents” (who these are is not explained). They will also discuss their proposals with “colleagues and other stakeholders”.

Caroline Corby, Chair of One Housing Group, stated that, “Delivering more is all about having the capacity to build more quality homes, deliver estate regeneration…”  Surveyors have already been spotted out on riverside estates, measuring up existing buildings.

Just over 2,000 Council homes on the Isle of Dogs were transferred to “Toynbee Island Homes” – a new housing association, created especially to own and manage these homes on the basis of tenants and leaseholders forming the majority of the Board – in 2005. Tenants supported the transfer on the basis of promises that control would remain in their hands. However, a series of takeovers by other social landlords made it clear that the Council had not written the transfer documents in a way that would protect that local resident control. Island residents ended up in a much larger and remote “One Housing Group”, together with residents of properties formerly owned and managed by the Toynbee Housing Association.

Residents are worried about their futures – all the more so as the discussion so far was so secretive.  As one resident remarked, “We always felt we were being sold down the river.  Now it seems we are being sold to the River.”