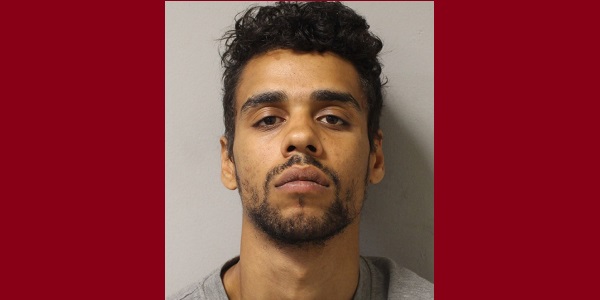 AN INFATUATION with a woman which he failed to control has landed Andrew Costa-Freeman, 24, of Lonsdale Avenue, Newham, a two year jail sentence. The case was brought after a rigorous investigation by police officers at the Stalking Threat Assessment Centre (STAC).

Costa-Freeman was introduced to his victim by mutual friends four years ago. They chatted on Whatsapp – but when Costa-Freeman told the woman he had feelings for her, she asked him not to contact her again. He did not respect her request, and continued to message her.

The woman ignored the messages to begin with, but when they did not stop she began to take further action. Police issued Costa-Freeman with a harassment warning in March this year, but despite the warning he continued to message her.

Costa-Freeman appeared at East London Magistrates Court on 29th March. H received a suspended sentence and the Court granted a restraining order, with the condition that he did not contact his victim.

Costa-Freeman ignored the Court. He continued to message the woman, using different user accounts to avoid being blocked. In one week in May he sent over 500 messages, some of which were aggressive and some of which were sexually explicit. He was arrested at the end of May. He appeared again at East London Magistrates Court and admitted the charges which led to him being sentenced at Snaresbrook Crown Court last week.

PC Lindsey Monk, from STAC, said, “Costa-Freeman’s behaviour has had a profound effect on the victim’s day-to-day life. After he was convicted on the first occasion the victim felt that she would get her life back but this was not the case as Costa-Freeman’s pursuit of her continued and intensified, causing the victim more distress.”

Detective Inspector Lee Barnard, the Met’s STAC lead, said, “This case is another example of how devastating an impact•ffences sometimes feel that they have no control of the situation, and often don’t know where to turn and when to seek help. The Met takes all stalking allegations very seriously, and the sooner we know, the sooner we can act and deal with the perpetrator, and provide the necessary support to those affected.”

•If you think you are being stalked, or you know someone who is, contact police on 101 – or on 999 if you are in immediate danger. You can also visit your local police station or report the matter online here:
https://www.met.police.uk/ro/report/

•Anyone who is worried about stalking can also call the National Stalking Helpline and its attached advocacy service (run by the Suzy Lamplugh Trust) on 0808-802 0300.