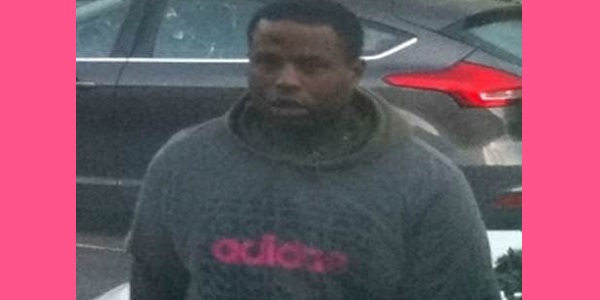 Image of Auguste from CCTV

HE NOTCHED UP eight female victims in less than a month – and now Snaresbrook Crown Court has given him a sentence of twelve years in prison.  His name will also be on the Sex Offenders Register for life.

Levi Auguste, 35, of Little Ilford Lane, Newham initially pleaded not guilty, but at his next appearance in court he admitted the following offences:
•seven counts of indecent exposure;
•one count of trespassing with intent to commit a sexual offence;
•one count of causing a person to engage in sexual activity without consent.
He returned to court earlier this month for sentencing.

The offences were committed between 15th December last year and 9th January this year. Eight women – the youngest was 27 and the oldest was 64 – gave statements to the police describing the offences which Auguste had committed. All of them had been walking alone, after dark, in the vicinity of a women’s refuge. Police managed to identify Auguste from a CCTV image, and he was arrested on 18th January. 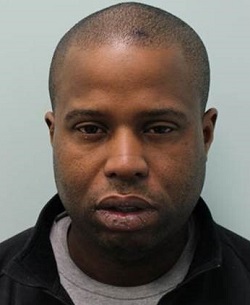 Detective Constable Joshua Palmer, one of the investigating officers from the North East CID team, said, “This is a shocking incident that would have caused significant distress to the women Auguste targeted. I would like to commend the bravery of the victims in this case for coming forward to report this horrific behaviour.

“Auguste preyed on vulnerable lone women under the cover of darkness to commit these acts. Due to the overwhelming evidence against him, he had no choice but to plead guilty to the offences that he had committed.

“This case demonstrates that anyone who may have been a victim of a similar offence can be reassured that if they come forward to report such behaviour to the police, their complaint will be taken seriously and investigated fully by the Met.”

•Read more about it:
Who is Hackney violent assault suspect?
Is sex attacker on the loose in Dagenham?