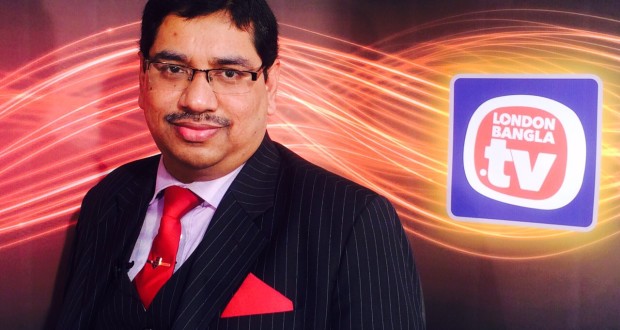 Not enough cooks to spoil the broth

Barrister Nazir Ahmed explains why the UK-based Indian catering industry must be saved – for the good of the economy and for the sake of community relations.

The UK-based Indian catering industry is a unique and flourishing British industry that is worth around £4.5 billion and employs more than 100,000 people. This industry has been contributing approximately £1.5 billion every year towards the British economy. More than a million people are directly or indirectly involved with this industry.

The Indian curry outlets in the UK (which are mainly owned by the people of Bangladeshi origin) are different from the traditional Indian restaurants in India, Bangladesh or Pakistan. In fact, the UK-based restaurants are more a British version of curry houses than the original ones that are based in the Indian subcontinent. Over the course of time, UK-based Indian curries have collectively become a home grown industry in all respects – in form, content and taste. This unique curry industry is now trying to establish itself in the EU and North America – so, as the matter now stands, the British brand of curry has become an exportable trading commodity.

The Government needs to help this industry so that it can sustain and be exported to the western part of globe. By exporting this unique commodity to the EU and North America, the UK based catering industry will help bring huge foreign currency to the UK. Almost all “Indian” restaurant owners are British citizens of Bangladeshi origin. They are settled in the UK and have their own family, business and investment here. By exporting the British brand of Indian curries to the EU and North America, they will certainly bring profits over here, into the UK, rather than sending money to their country of origin. Thus, the British economy will directly and indirectly benefit.

The UK catering sector has been suffering from an acute shortage of skilled labour power. The main reason for this shortage is that the cuisine is in high demand and, at the same time, no skilled workforce has been trained up and nor can skilled workers easily be brought in from overseas. There has been a huge gap between the supply of skilled staff and the increasing demand of the British-made Indian cuisine – and the gap has been gradually widening, week by week.

Not enough initiatives have been taken to train home-grown workers here in order to meet the pressing demands of this industry. The Government, over the years, overlooked the issue while they were introducing tougher legislative measures one after another. British-Bangladeshi people, over the decades, worked hard to develop a fully fledged catering industry without any help from successive governments. We firmly believe that the Government should divert resources to this important industry which can be used to train people leaving school and/or college in order to meet the huge demand for skilled staff in this sector. The current apprenticeship programme needs to be adopted, with UK-based Indian restaurant businesses taking on board the requirements of the scheme. The age limit of the apprenticeship programme should be changed from 16-18 to at least 16-25.

Given the fact that training people to meet the pressing demand requires some time, the catering industry needs to be able to recruit skilled staff from overseas for the time being. The problem of the shortage of skilled staff has reached epidemic proportions. The British Bangladeshi Caterers Association (BBCA) has been coming under huge pressure to tackle this issue. We, the restaurant owners, have tried to recruit people from Eastern Europe (countries such as Poland, Romania, Bulgaria, etc.) to alleviate the problems, but these initiatives have not worked – in no small measure due to the obvious language and cultural barriers between these people and existing employees in the industry. The only solution is to be able to recruit skilled staff from non-EU countries, but any attempt to do so has – along with this flourishing industry – been squeezed by the economic downturn and fallen foul of the Government’s strict immigration controls.

It is now very tough to get a Tier 2 Licence which a company requires if it is to recruit suitable skilled staff from overseas. The bureaucratic complexities, high threshold of salaries well above other comparable jobs and the rapid changes made to rules and guidance by the Home Office have made matters worse. Even if some restaurants manage to go through all the hurdles and get a sponsorship licence, it often emerges that the quota has been filled or has been closed.

If the problem of the shortage of skilled staff is not addressed urgently, then the consequence will be that restaurants and take-aways will continue to close at random. Currently, on average, two restaurants are closing down every week. If this trend goes on, it will have a catastrophic effect on the catering sector and on those who have been associated with this sector. This level of closure of UK-based restaurants and take-aways being allowed to continue unchecked would have the following consequences.

•Thousands of people involved in this unique catering sector will lose their jobs.

•Many supporting businesses (such as cash & carry shops and smaller shops which supply vegetables and other raw materials to restaurants and take-aways) will lose business and, consequently, most of them will be forced to close down.

•UK-based Indian restaurants, owned and operated by people of an ethnic minority, are contributing towards creating a cohesive and inclusive society. Closing down Indian restaurants and take-aways will have a knock-on effect on the balance in the community. A specific section of society will grow poorer, and consequently the charities sustained by that section of society will not be able to operate as strongly as they currently do in Britain today. The British-Bangladeshi community will suffer most.

•The resulting huge rate of unemployment and turbulence in the catering sector will create tension and frustration in society. Necessity knows no bounds. Consequently, that turbulence and tension will be translated into crimes and dangerous occurrences.

Given the danger of the above scenario occurring, I believe the Government should take following measures urgently.

•Undertake a proper initiative to train home-grown people in order to meet the pressing demands of the UK-based Indian catering industry. The current apprenticeship programme needs to be adapted, with the UK-based Indian restaurant business set up taking on board the requirements of the programme. The age limit of the apprenticeship programme should be changed from 16-18 to at least 16-25.

•Immigration rules and the provisions made under these immigration rules should be made easier so that restaurant owners can recruit skilled staff from overseas. Particularly, the rigid quota system should be abolished and the salary level should significantly be lowered.

•A provision should be made so that the organisations (such as the British Bangladeshi Caterers Association [BBCA], which represent tens of thousands of UK-based Indian restaurants and take-aways) are effectively consulted and their concerns are properly taken on board before any legal provisions which affect our industry are introduced.

•This article/column is the modified version of the memorandum submitted to the British Prime Minister from the BBCA.

•Barrister Nazir Ahmed FRSA FCMI FCArb is a UK-based legal expert, analyst, writer and columnist.
He can be contacted via e-mail: ahmedlaw2002@yaho.co.uk
Nazir Ahmed presents a series of legal advice programmes on London Bangla TV, which can be viewed on: http://londonbangla.tv