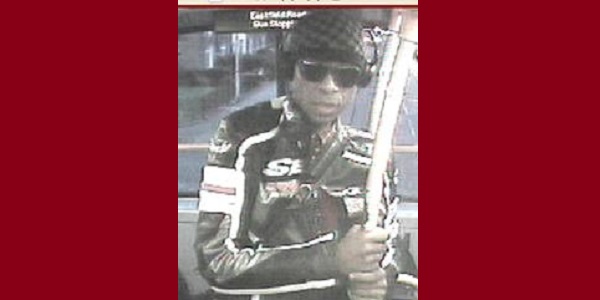 Police wish to speak to this suspect.

A 13 YEAR OLD girl suffered a distressing attack on a bus last November – and police have now issued a CCTV still of a man they wish to question in connection with the incident.

The attack took place at approximately 4pm on Tuesday, 14th November. The girl was on the top deck of a 174 bus, making her way home from school. As the bus stopped at Romford station, a man got on and then began staring at the young teen – making her feel uncomfortable.

As the bus stopped at Barking & Dagenham College, the man stood up and began shouting racial and sexual insults at the teen. A woman passenger tried to help the girl, and helped her to go downstairs to the lower deck. The man then said that they were not to get off the bus and tried to punch the woman passenger. A male passenger on the lower deck tried to stop him and told him to leave them alone.

The woman passenger helped the teenager get off the bus at the next stop and she stayed with the young victim until she was able to tell her parents, who then alerted the police to what had happened.

The male attacker is described as a black man aged approximately 35-45. He was wearing a distinctive leather jacket with white stripes down the arm and a patterened cap.

•Anyone who believes they recognise the man is asked to call the police via 101 and quote reference 5119484/17. Alternatively, you can call Crimestoppers on 0800-555 111, where you can give information anonymously.

•Read more about it:
East End teen jailed for terror offences
Where is Anton Ward?