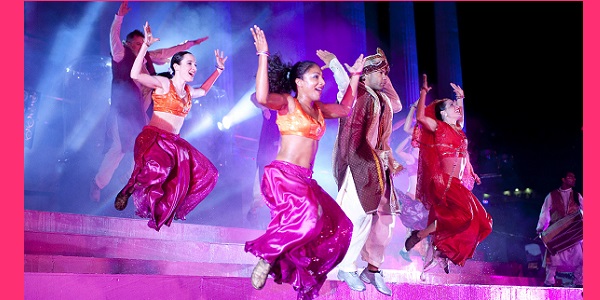 IT’S A record-breaking 70 years on the throne for HM Queen Elizabeth II, and details are emerging of the events which will be held over the long Bank Holiday weekend to mark the occasion.

The traditional bank holiday on the last Monday of May has been cancelled and the UK will instead have two bank holidays in June: Thursday 2nd and Friday 3rd.  The main national event, however, will be on Sunday, 5th June, when the official Queen’s Platinum Jubilee Pageant will be held. The Pageant will feature a massive procession going along the Mall which will be made up of artists and communities from across the UK and the Commonwealth and will tell the story of the Queen’s reign in four acts.

●The procession begins with a tribute from the UK and Commonwealth’s military.

●Act Three, “Let’s Celebrate”, will be told in twelve chapters, each showcasing one of the Queen’s major interests or memories. Chapter 3, organised by Birmingham-based arts group Nutkhut, celebrates the Queen’s wedding. It features weddings from around the Commonwealth in a “mela” style event, with Bollywood dancers and music, a specially designed Platinum Sari, and an all-female dhol drummer ensemble. Chapter 7; celebrating the Queen’s commitment to religious diversity, will feature children from a multi-faith primary school in Newham, who will process with hand painted lanterns which they made themselves.

Joining in will be a “cast of thousands of ordinary people celebrating how British creativity has evolved through music and fashion over the seven decades of the Queen’s reign.”  Ten thousand people will be involved: 2,750 military personnel; 6,000 volunteers and 2,500 members of the public.  Organisers expect the pageant to be seen by one billion people – on TV, presumably, not on the streets of London.

●Read more about it:
Nadia’s cake: fit for a Queen!
Council finds money to honour Queen 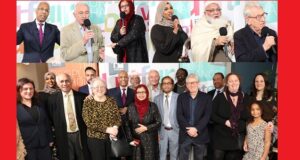 And they’re off! Aspire showcases breadth of support