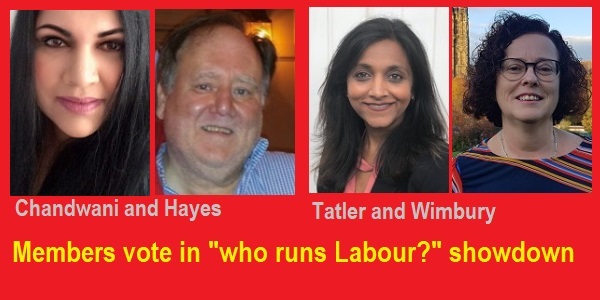 AS BLAIRTE Labour Party Leader Keir Starmer battles to stamp his authority on the Labour Party, voting has started on the membership of the Conference Arrangements Committee (CAC).

It may – it does – sound like the dullest election ever, but CAC is the place where many battles have taken place between authoritarian leaderships and party members who want to have a say in how their party conference is run. The Labour Party has long seen a series of interesting practices at Conference – from officials who tell party delegates who to vote for as they hand over ballot papers through to officials putting pressure on delegates not to press controversial measures to a vote. CAC has the power to stop these shady practices – if its members wish to do so.

Two members of CAC are elected in a ballot of all party members – this year, run online – and ballot papers are dropping into email inboxes from today. Votes must be cast by noon on Friday, 13th August.

Labour Party members have a straight choice over who to vote for.
●Seema Chandwani and Billy Hayes are supported by the umbrella group the Centre Left Grassroots Alliance (CLGA) and left groupings in the Labour Party such as the veteran Campaign for Labour Party Democracy (CLPD) and newcomers Momentum.
●Shama Tatler and Mary Wimbury are supported by pro-leadership group Labour To Win (the nightmare union of Blair cheerleaders Progress and its offspring “Labour First”).  They have also been proudly endorsed by Luke Akehurst, a prominent (and often disappointed) champion of Blairite policies and practices.

Chandwani and Hayes are ahead on nominations by a margin of around 2:1. Now the race is on to replicate that showing in the all-member ballot.  The result will show whether the Corbynite left has been weakened after a mass exodus of party members, or whether it has retained its traditional following of around 50% of the party membership.