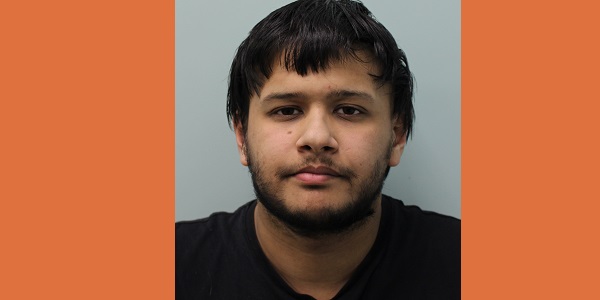 HE WAS TRYING to buy a grenade – with a view to using it in an attack on a police station. This much was discovered by the Metropolitan Police Counter Terrorism Command. What remains unclear is why he wanted to attack a police station.

The man with the strange plan – Mohammed Chowdhury, 24, of Bethnal Green – was arrested in February 2020. After he had been detained, police searched his home, where they found evidence that he had been researching how to make explosive devices.  They also discovered that Chowdhury’s plan was to attack a police station.

Chowdhury appeared in Court in November 2020, where he pleaded guilty to four counts of possessing documents likely to be useful to a person committing or preparing an act of terrorism under Section 58 of the Terrorism Act 000.  He was also charged with attempting to possess an explosive with intent to endanger life or property. He was found guilty of this offence after a trial, which ended in February this year. Chowdhury was sentenced at the Old Bailey last month.

Commander Richard Smith, Head of the Metropolitan Police Counter Terrorism Command, said, “Chowdhury downloaded a number of extremely concerning documents and manuals, containing details of how to create and deploy explosives and lethal weapons. What’s more, he then made very serious attempts at trying to get hold of a hand grenade, which, it transpired, he was considering to use against a police station. These are extremely serious offences and the public are undoubtedly safer following this investigation and outcome.

“This case is a reminder to everyone that the threat from terrorism remains. I want to remind the public that their continued vigilance and support is needed as we start to see things opening up and the return of crowded places and public events. I would urge anyone who sees or hears anything suspicious to contact police, no matter how small or insignificant they think it may be – it is better to let us know so that we can take a look and take any action as appropriate.”

●Read more about it:
It’s life for the teens who murdered Newham man
Cops find the key to cocaine haul in Ilford

2021-07-05
admin1
Previous: Starmer’s broom still trying to sweep away dissent
Next: Mayor thanks volunteers – a year after shafting the workers