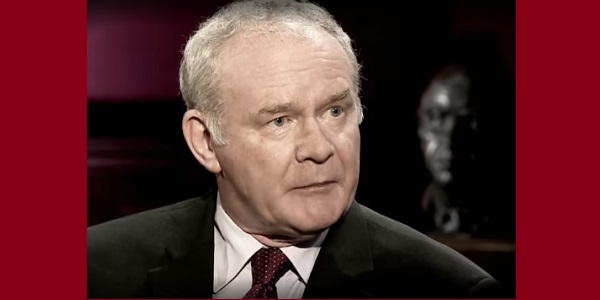 WHAT WILL our “new normal” look like? To inform our debate, our “thoughts” this month will feature quotes from iconoclasts who want to see freedom, equality and justice for the many.

Ireland has seen a massive transition over the last couple of decades – second perhaps only to the negotiated ending of the apartheid regime in South Africa. Change did not come during the years that the Republicans waged an armed struggle – and nor did it come when the British state attempted to inflict a military defeat on the Republicans. Change came when a Labour Government put aside the theory that the conflict was caused by sectarian (religious) division and instead confronted political issues – and negotiated change.

During the 1980s, the young Jeremy Corbyn MP had been derided for maintaining a dialogue with Sinn Fein politicians – then dubbed “terrorists”. Shortly after being elected in 1997, the Blair Government continued negotiations with Sinn Fein. It was deeply ironic that Tony Blair claimed all the credit for the Good Friday Agreement which came the following year. It does give you hope that, if we can only find a way to negotiate, it may one day be possible to reach peace in Palestine.

“Let everyone leave all the guns – British guns and Irish guns – outside the door.”
Martin McGuinness, 1950-2017, Sinn Fein politician