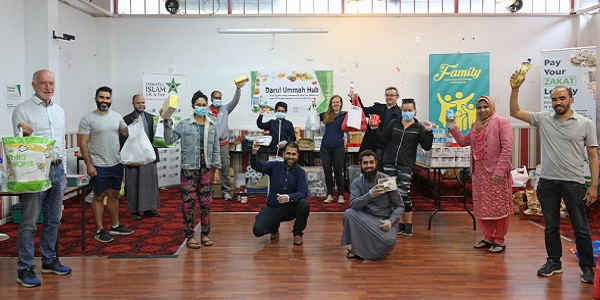 Volunteers at Darul Umma get ready for the next shift.

A REMINDER of the community spirit that used to exist in Tower Hamlets years ago has been given by Tower Hamlets Homes (THH) – the managing agent for the Council’s remaining housing stock.

THH looks after around 20,000 properties on estates where tenants refused to let their homes be sold off to housing associations and similar bodies. As the landlord’s representative, it has been able to support the community in a way which has not been possible with housing association landlords, who have little background in genuine community support and who are more influenced by the profit motive than caring for people. 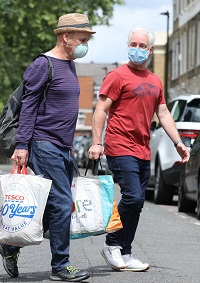 Over the last year, THH has delivered 20,000 hot meals and 4,000 food parcels to local residents and undertaken 2,000 shopping trips. It has also helped residents with those little practical tasks – picking up shopping and medication – and also looked after their mental wellbeing, with phoning people living alone and other forms of ongoing support with the help of East London Cares.

The work has been undertaken in three community hubs with the help of three community partners: Neighbours in Poplar (the first to open, at St Matthias); and Darul Ummah and St Hilda’s where services were up an running just a few days later. This kind of support shows that the Council can still afford – financially and in terms of time – to help the local community. In other areas, residents whose homes were sold off by the Council have not been so lucky. On the Isle of Dogs, all Council residential properties were sold off to East End Homes and to the predecessors of One Housing Group. There, the Island Network has distributed over 33,000 food parcels or meals: although the landlords have contributed some funding, the Network has had to make all the approaches for funding and sponsorship, as well as organising distribution networks from its own local knowledge.

Now THH has produced a brief video in which those involved in the community support over the last year comment briefly on what they have done and relevant people in authority thank and congratulate them. The community, with its needs, was there before the pandemic – and it will still be around when life is much closer to what we used to consider “normal”. It has taken the pandemic to highlight a need which was actually already there. The challenge facing THH now is how to continue that support in future years. The even bigger challenge facing Tower Hamlets Council is how to persuade the borough’s social landlords to adopt a similar approach.