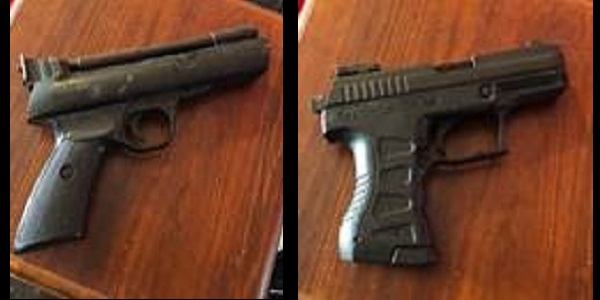 Air guns found at the property

Knives found at the property

TWO MEN were arrested at a property in Willoughby Drive, Dagenham at the end of last month. The arrests came after the police obtained search warrants and conducted an early morning raid on the property.

The two suspects, aged 21 and 27, were taken to a north London police station and were later released under investigation. The firearms have now been sent for forensic examination and ballistic testing and further charges may follow, depending on the results.

The raid was conducted by a teams from Operation Viper, which focussed on preventing gun crime as part of the Metropolitan Police Trident and Area Crime Command. 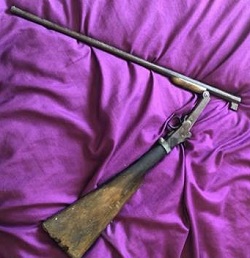 Shotgun found at the property

Acting Detective Chief Inspector Victoria Sullivan, from Operation Viper, said, “We are committed to identifying individuals involved in the use and supply of firearms and drugs, and stopping brutal acts of violence happening on the streets of London. This operation shows we will not stop taking dangerous weapons off the streets, and apprehending those intent on putting lives at risk.”