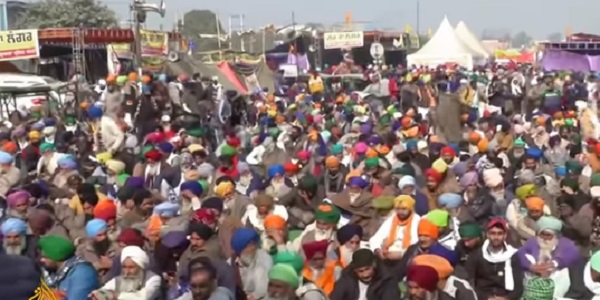 A meeting at a farmers protest camp near Delhi.

UK Sikhs call on Raab to back farmers in India

THE UK SIKH COUNCIL has called on Foreign Secretary Dominic Raab to do more to halt human rights violations against farmers in India. They have asked him to raise UK concerns with India’s Government and in the United Nations.

Problems began last September, when India’s Government abolished safeguards which ensured that farmers received a minimum price for their crops. The Government said that this would allow modernisation of India’s agricultural sector. Critics said that the reforms were little more than an attempt to sell off farm produce to multinational companies which would demand that farms grew the most profitable crops – rather than the ones that feed the nation’s population most efficiently.

The way in which the Government forced the new laws through Parliament has also been widely criticised: there was almost no debate and the “vote” took place in such uproar and disorder that it is hard to see how it could have been recorded accurately.  The Government – and the ruling party the BJP – have denied any wrongdoing.

For their part, farmers have taken collective action – with many leaving their homes to set up camp around Delhi, from where they have launched protests in the capital. The Government has responded with water cannon – and by cutting off the internet.

The Sikh Council has raised a number of human rights transgressions with Dominic Raab.  In particular, they have referred to the Government’s security services, who have been arresting farmers – and journalists who support them – indiscriminately and claiming the protestors have been guilty of terrorism and sedition.  It could get worse.

The international community has spoken out about the military coup in Myanmar, and there are signs the military may be trying to back-pedal slightly in the face of international disapprobation.  Governments are also beginning to show a stronger front to China on account of its treatment of the Uighur people.  It’s time the world united to defend India’s farmers from India’s nationalist government.

●Read more about it:
Revealed: the ugly face of Trump’s mob
Make it welfare, not warfare, in 2021 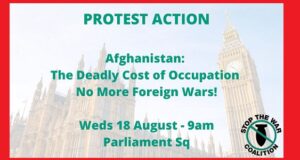 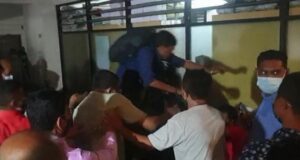