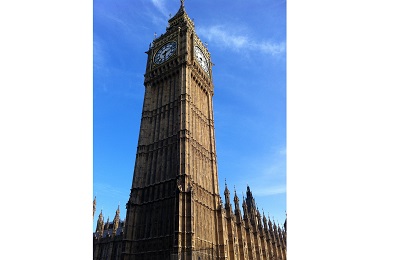 Vote out the Coalition!

Every General Election is important, and tomorrow the nation has the chance to remove from office a Coalition Government which has protected its own at the expense of the many. What are we to put in its place?

There’s not an immediately obvious answer to that question. It’s been one of the most boring and uninspiring campaigns in a long while. The politicians are sounding like… well, politicians really. They’ve come out of Westminster and they are talking to us, the electorate, like they talk to each other – no wonder they are not connecting.

There’s an absence of clear policy differences, of visionary politics delivered by inspiring politicians. The two largest parties are neck and neck. The two minor parties in Parliament (the Lib-Dems and the Greens) and the two nationalist parties are battling hard. The media has concluded that the uninspired electorate will deliver a hung Parliament and there will have to be another coalition. Like the moderator of a giant dating agency, the press is speculating on all the possible relationships that may result from the election.

Not so fast: Britain’s voting system means that percentages of the popular vote each party may win are not a reliable guide to the number of seats the parties will win in Parliament. Not so fast: coalitions are not the only way of dealing with a hung parliament anyway.

The media has got one thing right: across Great Britain, our choice tomorrow is on whether David Cameron or Ed Miliband will be Prime Minister – and there is no doubt that to see the back of David Cameron we must vote for the Labour candidate in every seat bar three.  Those three seats are those where the Labour Party has been so arrogant in its colonial attitude towards its Asian and/or Muslim voters that it is impossible to vote for the Party. This does not just apply to Asian or Muslim voters in that constituency: all voters must stand together in condemning the institutionally racist actions of the Party in those constituencies.

One of these seats is Bradford West, where George Galloway should be supported. The other two seats are in Tower Hamlets. In Bethnal Green and Bow, there should be a vote for Glyn Robbins – who does have a real chance of giving Labour’s Rushanara Ali a run for her money. In Poplar & Limehouse, those not wanting to vote Labour have a harder choice – probably between the Green Party’s Maureen Childs and TUSC’s Hugo Pierre. Tactical voting like this is not a luxury we can often grant ourselves, because our votes will help determine the Government (and, therefore, many aspects of our lives) for years to come. However, votes for these alternative candidates would be a wake up call to the Labour Party that deserves to have one, but they would also not endanger a Labour Government, as all of these alternative candidates (should they win!) would support a Labour Queen’s Speech rather than a Tory one.