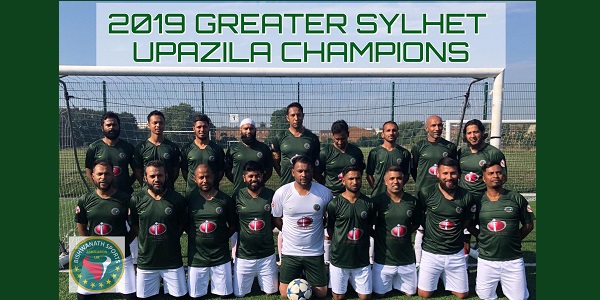 Bishwanath gear up for Upazila Cup!

He said, “The whole management team have worked incredibly hard to keep the unity together since we became champions in 2019. We are blessed with a massive pool of able players from within Bishwanath in the UK. Our players and management travelled many miles to show commitment and togetherness in building this team. I thank everyone for their incredible drive to our cause.”

Khalis has appointed his on-field leaders too. He added, “I’m proud to know we have many leaders within our squad. It is my pleasure to announce our Club Captain for this year will be Mohammed Abdul Hoque. He will be supported by two very capable Vice Captains: Abdul Kalam (Keighley) and Mohammed Rokib Ali.”

Muhammad Abdul Khalique, Chair of Bishwanath Sports Association UK, commented, “I am really looking forward to Sunday and to see some of the exciting new players that have joined us. Congratulations to the players who have been selected to represent Bishwanath this year. For those who didn’t make it I am sure you will join us on Sunday and get behind the team.

“When we won this title two years ago, what stood out for me above else was the unity and togetherness amongst the squad. As champions and one of the favourites, this brings extra pressure on our team. So it’s important we all get behind the manager and players. With our support these players will bring home the trophy again.”

2021-08-27
admin1
Previous: Neo Cricket Club crowned National Cricket League Champions
Next: Is this a reshuffle or is the house of cards collapsing?