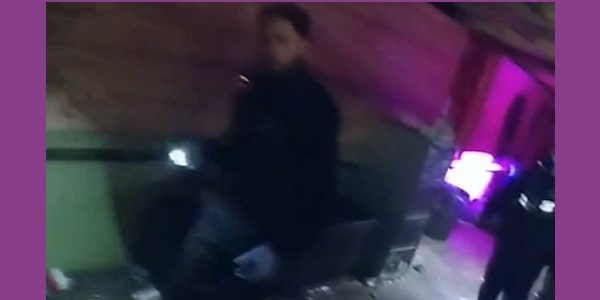 IT WAS A noisy boat party travelling through north London to Hackney that led to complaints from those living near the river Lea – and to Jordy Nicholas Van Duijvenbode being found guilty of breaching Covid regulations.

The water-borne party took place early on Saturday, 13th February. Police officers followed the sources of public complaints and were able to find the boat just by Hackney marshes at around 4.20am.  They identified Van Duijvenbode as the organiser, and the following day he was charged with holding a gathering of more than 30 people, in contravention of the Health Protection Regulations. He was also charged with participating in a gathering of two or more people, in connection with an incident which had taken place earlier in February.

Van Duijvenbode appeared at Thames Magistrates Court in March and was released on bail pending a trial at Stratford Magistrates’ Court on 30th April, where he pleaded guilty. He will return to the Court on Friday, 4th June, for sentencing.

Acting Chief Inspector Pete Shaw, who is responsible for the Metropolitan Police response to Covid policing in central east London, explained why what might seem a bit of youthful but harmless fun was taken so seriously.  He said, “We are still in a pandemic, and restrictions are in place to keep our families, friends and communities safe. Van Duijvenbode clearly thought that holding gatherings was more important than the safety of others. He and everyone who attended his events put others’ lives in danger. We will continue to take action against those who think they are above the law and pose a risk to our communities with this sort of reckless behaviour.”

●Read more about this story:
Hackney revellers sent up the river by Covid regs

2021-06-02
admin1
Previous: Start summer at the Cemetery Park
Next: Island Network had a busy month of May