Don't Miss
Home / Featured / Is that a bit of egg on your chin, Mr Biggs? 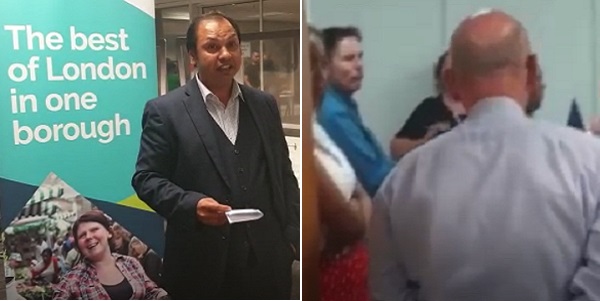 Is that a bit of egg on your chin, Mr Biggs?

BY ANY STANDARD, the Weavers ward by-election on 12th August was a tremendous victory for Kabir Ahmed and Aspire.  Executive Mayor John Biggs doesn’t like losing – and scenes as the Count hinted at what is to come over the next few months.

As Mr Tuckley, the Returning Officer, declared the result, Executive Mayor John Biggs paced around the edge of the room, at some distance from the table separating Mr Tuckley from the candidates. The sitting mayor had taken his jacket off: perhaps he was feeling the heat of the occasion, but he didn’t look like a man waiting to pose for photos alongside a winning new Labour councillor. 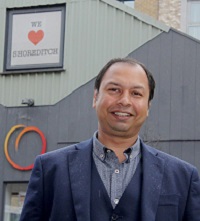 Tuckley stumbled over the names as he declared the result. The pause before he came out with the Labour candidate’s name suggested he had not come across the name “Khanam” before and was nonplussed. Perhaps he was tired after a long day and his eyes were playing up. Next time, he should consider practising the candidates’ names before polling day, so that they come more naturally to him when he’s reading out the result.

Tuckley concluded the declaration by announcing that he had written copies of the election result for agents and candidates. Up strode Weavers ward resident Graham Taylor, Labour’s Alexei Sayle look-a-like. The veteran Labour Party agent moved with the speed and determination of a mature stag who knows his place in the pack, but at least still had his jacket on.

The new Cllr Ahmed made a brief speech after the declaration, beginning with thanking the Returning Officer and staff in electoral services, as is traditional, and then expressing his condolences to the family of former councillor John Pearce, whose sudden death had caused the by-election. Next to be thanked were Lutfur Rahman, for his tireless work during the campaign; Maium Miah, Cllr Ahmed’s agent; all those who had campaigned for him; and his family for their support. 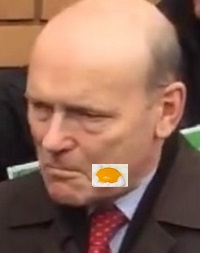 Cllr Ahmed then went on to thank the voters for electing an opposition voice who could represent them in the face of a Labour Administration that had buried its head in the sand and was not listening to residents all over Tower Hamlets. He then invited Executive Mayor John Biggs to listen to the voters of Weavers, where all the non-Labour candidates had campaigned in opposition to Labour’s failure to listen to the voters since the party was last elected.

As Cllr Ahmed invited the Executive Mayor to listen to voters, John Biggs, who had been standing at the back of the room during his speech, turned round and walked out.  It was not clear why.  Had he seized on Cllr Ahmed’s suggestion and was heading off to his office to start phoning up some residents for a chat right away? Was he peeved? Or was he away to look in the mirror and do something about that egg on his chin?