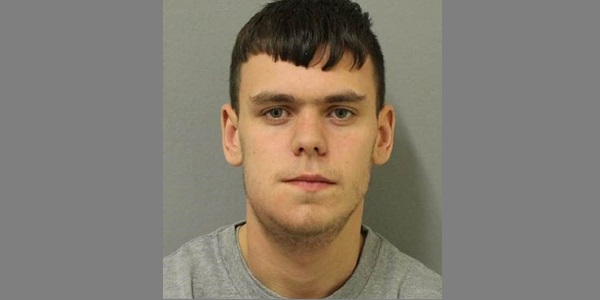 Jail for man who murdered woman in churchyard

A MAN WHO murdered a woman as she slept on the steps of the Memorial Community Church in Barking Road, Newham, has been sent to jail for life at a sentencing hearing at the Old Bailey.

The convicted man – Kieran Rifat, 22 – was previously reported to be from Grange Road, Plaistow but has more recently been referred to as being of no fixed abode. He first appeared in Court last April to answer a charge of murder.

The murdered woman was named as Kelly Stewart, 41. The Court heard that her body had been found at around 3pm, in the churchyard. Police presented evidence suggesting that Kelly had been sleeping on the steps of the church at around 1am  when Rifat attacked her – without provocation – and killed her.

Police had little to go on. The delay in finding Kelly gave them little forensic evidence. She was killed at a time when few people were around, and no witness evidence could be found.  Kelly had no obvious enemies, so there was no clear motive. Police trawled CCTV footage – but much of it was poor quality.

It was a stroke of luck, applied to a determined investigation, that helped detectives find the murderer.  Police were able to see a man in a distinctive top on the CCTV footage and followed this up with door to door inquiries to try to find him. Information was obtained which led them to identify him. They found him and arrested him on the street and then searched premises in Queens Road, Barking, where they found clothing which linked him to the murder. Rifat refused to answer police questions, but he went on to plead guilty to a charge of murder when he appeared at the Old Bailey just before Christmas last year. Given the time he has already spent in custody, Rifat will have to serve a further 17 years and 88 days in prison before he can be considered for parole.

Detective Inspector Darren Jones, from the Metropolitan Police Specialist Crime North team said, “I have been a detective for years and investigated many violent cases, but Rifat’s attack truly did shock myself and the team with his mindless, wilful cruelty. Kelly was peacefully sleeping on church steps when she was attacked, and had done nothing to provoke Rifat’s terrible actions. I do not know what went through his mind when he targeted her and, to this day, he has still not explained why he did what he did. Our thoughts remain with Kelly’s family throughout this very painful time.”

●Read more about this story:
Man charged with murder of woman in Plaistow

●Read more about it:
Teen charged with murder of Whitechapel woman
Woman, 80, suffers terrible ordeal as robbers break in

2021-02-19
admin1
Previous: Supreme Court gives welcome ruling on Uber practices
Next: Where there’s a Will, there’s a way… Part 1