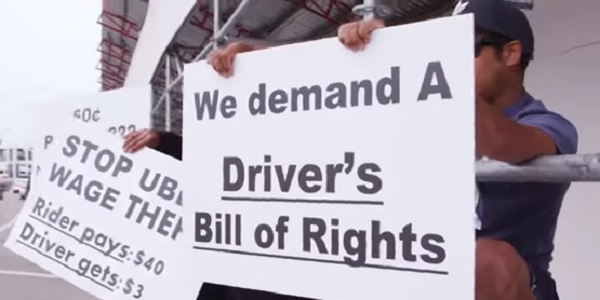 Uber drivers are campaigning in many countries for better conditions of employment.

ANOTHER CHAPTER in the long running dispute between cab service Uber and the British state ended today, as the Supreme Court ruled that Uber drivers – at least, the two who brought the test case – are workers.

The saga of trying to bring Uber to heel began when Uber drivers James Farrar and Yaseen Aslam took the company to an Employment Tribunal, arguing that they should be treated as workers. The Tribunal concluded, in October 2016, that they were right. This ruling has been moving up the justice system’s appeal pathway ever since – until today. 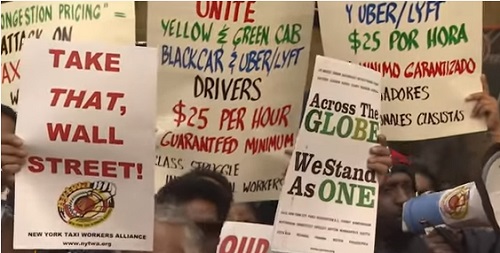 It’s an argument that has been going on ever since humans began employing and being employed by each other. It can be reduced to the simple question: who gets the profits of the labour – the worker or the employer? Enlightened social reformers and workers’ organisations led the way in the UK in the battle to see more of the profits from employment go to the worker who did the work rather than the employer who just owned things. 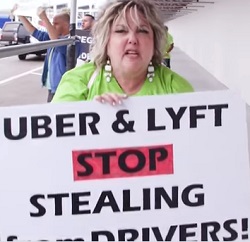 It’s a balancing act. Take, for example, a UK town with, say, a small pottery factory, a furniture maker, a hairdresser, food shops, a petrol station and a bookshop. If the owners of the pottery factory pay their workers well, those workers will be able to buy goods and services in the other outlets. This means that the workers in those shops can also be paid and shop from the other outlets. If, however, the pottery factory owners decide to take a greater share of the profits – either by paying their workers less, or by sacking some of the workers – then those workers will not be able to buy as many goods in their local community as they used to. This may threaten other jobs. Will reduced sales force the bookshop to close? If it does, staff who used to work there won’t be buying a new sofa or getting their hair cut. The downward spiral begins. That explanation is very much simplified but nonetheless true.

It’s the same with Uber, which operates in several countries across the world. It offers a better service than traditional cab firms in that drivers can be booked and the journey can be tracked by an ap. However, it treats its drivers as self-employed: this means that they do not pay sick pay, holiday pay and pensions and, most importantly, the company does not have to pay the minimum wage. That’s bad news for the drivers – but also for everyone else in a different job, one which depends on other workers in society having enough income to afford to travel by cab occasionally. 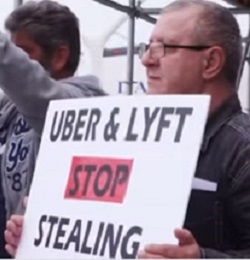 When Farrar and Aslam first brought their case, Uber changed some of its practices in the UK. Responding to the Supreme Court ruling, a spokesperson minimised the effect of the ruling, because of these changes. The ruling is still welcome news. It will help restrain Uber from over-exploiting its drivers and will have a positive effect on other get-rich-quick employers that avoid labour law. This is often dressed up as claims the employers are being modern and part of the “gig economy”, but that’s just another name for super-exploitation. If the men who used to send children up chimneys for 12 hours a day had thought of it, they would probably have claimed they were the founders of the gig economy – as they chuckled all the way to the bank.

Although many people welcome the service which Uber offers, and many people find Uber a handy source of short term employment they may not be considering the true cost – and who is really paying for the apparent convenience of their cab ride.

●Read more about it:
Thousands set to die on the streets
Can Government narrow the digital divide?