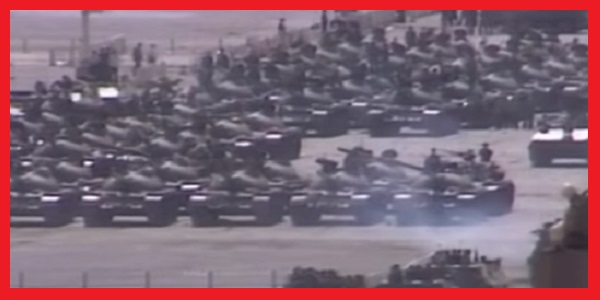 June 4th – “we shall never forget”

IT IS 32 years since the world witnessed the might of the Chinese regime crush the democracy demonstrations held in Tiananmen Square, Beijing. And a solidarity movement across the globe vowed, “June 4th – we shall never forget”.

Today a lone demonstrator marked the anniversary in Hong Kong. And the might of China’s puppet regime stepped in to arrest her.

The protests in China arose as the Communist Party took the country from the command economy – run by the state, rather than the free market – to a standard capitalist model. The Party had hoped to make the economic change without making any political changes, without introducing the minimal involvement of the people in the political process seen in most western capitalist countries.

The people began to demonstrate – wanting a say in the running of the state and in protest as the new economics enriched the powerful rather than masses. The protests were led by students, who occupied Tiananmen Square. It was not a protest the ruling elite could tolerate. The military had a choice: side with the political leadership of the country or the people. They chose to back the regime, and drove their tanks through the Square, crushing bedding, belongings – and anyone who got in their way.

It’s not the first, or the last, time a popular protest has been crushed by its own regime, but the spirit of protest remains. Hong Kong always marked the 4th June anniversary, which is one of the reasons why China has moved to take firmer control. This year, the puppet Government banned demonstrations on the grounds of Covid safety – ironically, it also posted thousands of police officers, shoulder to shoulder but wearing face masks, around Hong Kong’s Victoria Park, to enforce the ban.

One single pro-democracy activist defied the ban. Chow Hang Tung, Vice Chair of the Hong Kong Alliance, organisers of the annual commemorations, called on residents to mark the anniversary by putting their lights on.  She was arrested early this morning, before she could actually assemble with herself, and charged with “promoting unauthorised assembly”. She expected nothing else. Before her arrest she said, “I am willing to pay the price for fighting for democracy.”

Many of us have the luxury of being able to fight for democracy without having to pay the price of imprisonment: it is up to us to show some solidarity with our counterparts in China and Hong Kong – and in so many other parts of the world. June 4th: never, ever forget.

●Read more about it:
Is this the sound of breaking China?
Revealed: Tower Hamlets Council censors Palestine bike ride