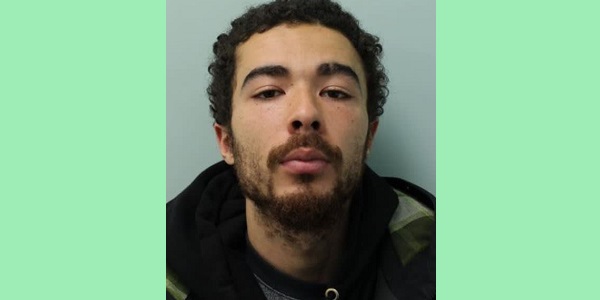 A MAN WHO persistently stalked and preyed on a woman in East London has been sent to jail for two and a half years. He has been named as Charles Thomas Cox, 28, of Medway Road, E3.

Cox developed an obsession with a woman he had never met, who lived near the Union Canal.  He broke into her garden on 4th May 2020 and returned several times in June. The woman was worried about her safety and installed CCTV.  She did not see Cox in person again, but on 7th November she reviewed her CCTV footage and saw that he had been in her garden again in October. On 3rd November he had gone further and broken into her home, stealing keys, slippers and underwear.

Cox pleaded guilty to stalking and burglary when he appeared at Snaresbrook Crown Court last December. He returned to court for sentencing last month, where he was sentenced to two and a half years imprisonment for stalking and a further year for burglary, with the sentences to run concurrently.  He was also give a ten year Sexual Harm Prevention Order and a restraining Order and was ordered to pay £190 in compensation to the victim.

The police used samples of DNA found at the scene to identify and trace Cox. Detective Constable Michael Dixon, who led the investigation, said, “We still don’t know why Charles Cox developed an obsession with the woman who he had never met before. His stalking must have been extremely disturbing and shocking, especially as it happened at the victim’s home.

“I would urge anyone being targeted and stalked to immediately report it. This will help us to take offenders like Charles Cox off the streets of London and make our city a safer place for all.”