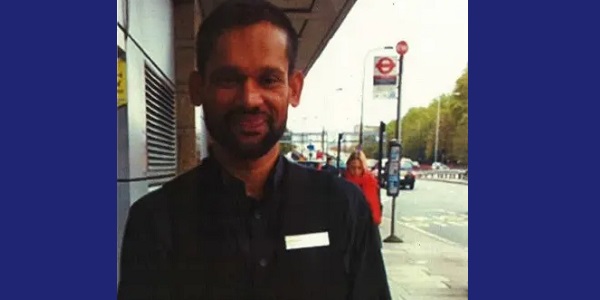 POLICE STOOD outside Tower Hamlets Cemetery Park on Sunday night, staying until Monday morning. The exercise was part of the investigation into the murder of Ranjith Kankanamalage in the Park three weeks ago. 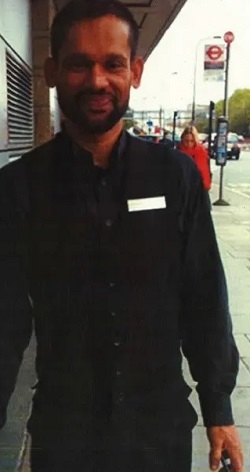 Murder victim Ranjith Kankanamalage, who was known as Roy

The London Ambulance Service was called out to the Park early in the morning of Monday, 16th August, and they called in the police at around 7am. Sadly, the victim, who had a head injury, was pronounced dead at the scene.

The killing is being investigated by officers from the Specialist Crime Unit, who have treated the murder as a homophobic hate crime from the start.  Police have searched every inch of the 27-acre park and staged the overnight exercise in an attempt to find more witnesses, distribute witness appeal leaflets, and provide reassurance to members of the public.

Police have also issued a photograph of the victim, who was known as Roy, in an attempt to jog memories. He has been described as a gentle man – a Buddhist who came to the UK from Sri Lanka.

Detective Chief Superintendent Marcus Barnett, policing commander for Hackney and Tower Hamlets, said, “This is a horrific murder and my thoughts are with Ranjith’s family and loved ones. Whilst such incidents are thankfully still very rare in London, I want to reassure that community that my officers and specialist detectives are working tirelessly to bring those responsible to justice. I also want to be really clear that there is no place, at all, in London for any form of hate crime and the Met is absolutely committed to tackling it and supporting victims.”

Derek Lee, from the LGBT+ Advisory Group, said, “We appeal for anyone who knows anything about this horrendous crime to come forward using the many channels available. We are aware that while it remains unsolved, this is causing considerable concern amongst LGBTQ+ people in Tower Hamlets and across London. We are advising the police on sensitive ways of keeping our parks safe and wider reassurance for all communities. At the same time we ask everyone to please use common sense when going home or out late at night. We must all be vigilant.”

●Anyone who was in the area of the Cemetery Park on the night of Sunday, 15th August to Monday, 16th August or who has any other information which may assist the police is asked to contact them via 101 and quote reference 1277/16. Alternatively you can contact Crimestoppers on 0800-555 111 and give information anonymously.