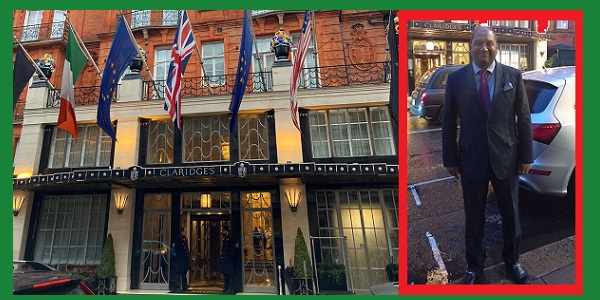 The original press conference was held on 8th January, 1972. BangaBondhu – the nickname given to Sheikh Mujibur Rahman, who led the Bangladesh independence struggle – came to the UK following his release from prison in West Pakistan, which was ruled by the then President Zulfikar Ali Bhutto.  BangaBondhu was welcomed to London by UK Prime Minister Edward Heath and went on to meet Heath and Harold Wilson, Leader of the Opposition.  At the meetings, BangaBondhu explained the devastation which the occupation and the war for independence had caused to Bangladesh and he appealed for financial assistance to rebuild the economy and mend the country’s infrastructure.

Paying tribute to BangoBandhu, Wais Islam said “We are extremely grateful to Bangabondhu Sheikh Mujibur Rahman for his enormous sacrifices giving us a free and independent nation which today is enjoying huge economic growth and opportunities under the leadership of his daughter the Honourable Prime Minister Sheikh Hasina.

“Together with so many Bangladeshi TV channels and press media outlets that attended the 50th anniversary of  Bangabandhu’s press conference today to cover the historic commemoration, we pay tribute and offer our sincere respects to the father of the nation BangoBandhu Sheikh Mujibur Rahman… and to all those known and unsung heroes who lost their lives to create a free and independent Bangladesh giving us freedom and lasting dignity which West Pakistan had denied for decades.”

Wais Islam was born in UK five years after Bangladesh won its independence, which shows that even the younger generation still appreciate what BangoBandu achieved. Wais Islam added, “Thank you Bangabandu. We will always remember you and love you and never forget you for what you have done for us, your fellow countrymen. With sincerest love from us British Bangladeshis, Joy Bangla Joy Bangabandhu.”

●Read more about it:
GSCT Carrom Cup marks Bangladeshi anniversary
Bangladesh at 50: is it really as good as gold?