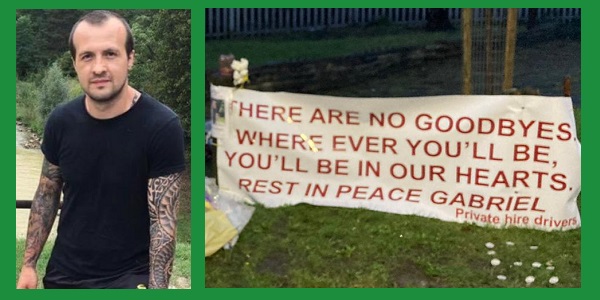 SIX TEENAGERS have now been charged with murder after the death of Gabriel Bringye, 37, a private hire vehicle driver whose death sparked protests from his colleagues and calls for better safety measures to be taken to protect them.

Police and paramedics from the London Ambulance Service and Air Ambulance went to Jarrow Road, N17, at 7.20pm on 17th February after receiving reports that a man who was sat inside a car in that road appeared to be unresponsive. They found Gabriel, who lived locally, apparently suffering from stab wounds. Although paramedics did administer emergency medical treatment, he was pronounced dead at the scene at 8pm.

●Read more about this story:
Drivers remember Gabriel – and call for better safety