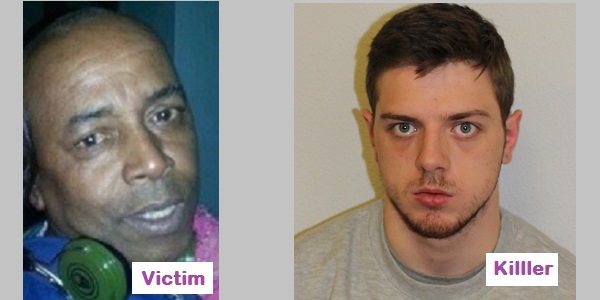 IT TOOK OVER A YEAR, but Ben Harper has finally been sentenced for the manslaughter of Clemuth Roberts in Dagenham back on 19th December 2016.

Harper appeared for sentencing at the Old Bailey on Monday, 5th February. As well as the twelve years in prison, Harper was given an extended sentence of five years in license.

Roberts was found by Emergency Services who were called to a fight in Stanhope Road, Dagenham. He died at the scene, with the cause of death later being given as blunt force trauma to the head.

Harper had pleaded not guilty to murder but guilty of manslaughter, which was accepted by the Court.

DI Justin Howick said, “This was a violent attack with tragic consequences which has had a devastating impact on Mr Roberts’ family.”

Mr Roberts’ daughter Simone said, “No sentence will take away our daily pain of losing a loved father and grandfather. We are the ones living with a life sentence.”