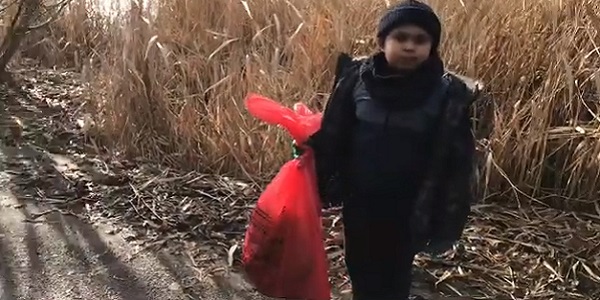 Active Musa tells us off for littering

A NINE YEAR OLD boy, who has taken on the name “Active Musa”, is trying to become one of YouTube’s newest influencers.

Musa joined the Little Litter League as they cleaned up their local park in Barking & Dagenham earlier this half-term holiday week.  He was disgusted by the amount of litter adults throw away.

In particular, Musa is very cross with people who throw plastic refuse in the lake. Not only is it as unsightly as the rest of their rubbish – it could also hurt or even kill the animals.  Musa is echoing a point made by many other wildlife charities worldwide, who have to rescue animals hurt by discarded plastic.

If someone in your household is on half term at the moment, point them to Musa’s video: it’s an excellent starting point for a conversation about your own environment, and your practices with your own litter.

The last litter pick was organised by the Ekota Academy, which is based in Ilford and offers a wide range of sporting activities for children, as well as half term activities such as litter picking.