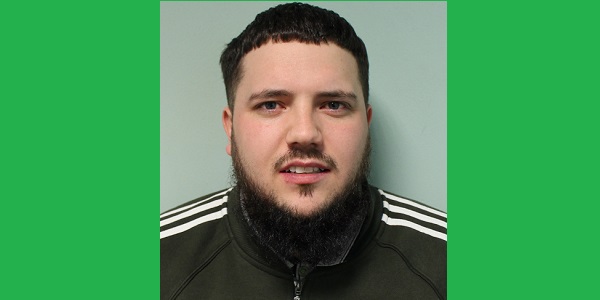 HE WAS DESCRIBED as the ringleader of an acid attack at a shop in Mare Street Hackney – and last month Peter Brown, 29, of Hope Avenue, Stanford-Le-Hope, Essex, was sentenced to ten years in prison for his crimes.

The incident occurred on 10th March 2017. Four men – all wearing masks and gloves – burst into a supermarket in Mare Street, attempting to commit a robbery. One of the gang sprayed high concentration ammonia in the face of the shop assistant, a woman in her early 50s.

The shop assistant screamed for help, so one of the gang sprayed her again. She then rang the panic alarm and fell to the floor. The gang ran off, without completing the robbery. As they ran away, one of the gang paused – to stamp on the victim. The woman suffered burns to her face.

Detective Constable Ben Kahane from the Hackney Crime Squad, who led the investigation, described Peter Brown as “a dangerous man” and explained the charge. “Even though he did not physically enter the shop and throw the ammonia, Brown provided it and planned the attack in detail so is equally culpable. It was shocking to see Brown grinning in CCTV footage seconds before the gang struck, knowing full well what was in store for their victim as he cowardly waited nearby. The level of violence used was unnecessary and barbaric.”

Brown first appeared in Court in August 2018, where he pleaded guilty to attempted robbery and throwing a corrosive fluid with intent to burn, disfigure or disable or to do some grievous bodily harm.

He returned to the Court last month, where he was sentenced to ten years in prison, with an extended period on licence of an additional four years. He will serve the sentence concurrently with a jail sentence he is currently serving for unrelated offences.

Two men from Newham – Sadik Kamara, 25, of Booth Road, and Joshua Jordan, 21, of Ruscoe Road – were found guilty last year of participating in the same attack and received sentences of 14 years.