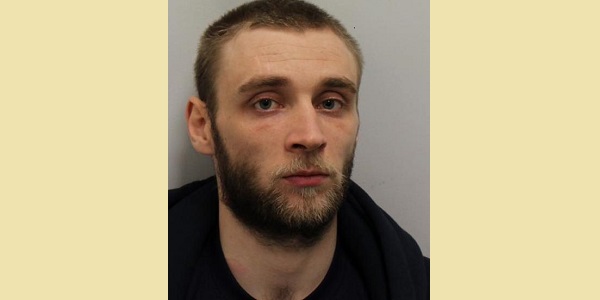 It's jail for Richard Flanagan

IT WAS SIX YEARS for conspiracy to rob and three years for conspiracy to steal when Richard Flanagan, 27, of Heathfield Park Drive, Romford, was sentenced at Snaresbook Crown Court last month. The sentences are to run concurrently.

The Court was told that the charges arose out of a series of incidents at the end of last September and in October.

•On 13th September, there was a burglary in Southern Drive, Ilford, A Nissan vehicle was stolen.

•On 29th September last year a woman had stopped her car in Meads Lane, Ilford, when she ws approached by two men who threatened her with a knife. They took her phone and purse – and then her car.

•The following day, a taxi driver was approached by three men who threatened him with a knife while he was outside his Ilford home. The driver tried to get away, but he was robbed of his takings, his phone and his car. One of the men who threatened him was driving a white Audi A5 Cabriolet – which matched the description of the vehicle stolen the previous day.

•Half an hour later, a 69 year old woman who was driving to her home in Rainham, noticed that a car was following her. When she reached her home she parked her car – but two men came up and then stole the car.

•On 11th October two men came up to a young driver at the Becontree Health Centre and threatened him with a knife before stealing his Fiat 500.

•Twenty minutes after that police began pursuing a white Audi around the area of South End Road, heading towards the A13. The vehicle crashed into a central reservation, and Flanagan was captured on CCTV.

•An hour after that, Flanagan was seen by a police officer sat in the driver’s seat of a Fiat car. The officer established that Flanagan had been seen filling the car with petrol in a garage in Wanstead – and leaving without payment.

•On 15th October Flanagan was caught on CCTV walking up to a property in Wellesley Road, Ilford, and attempting to force entry.

Police collected forensic evidence from the stolen vehicles, which proved that Flanagan had been in the cars. He was arrested on 22nd December and charged on 18th January. At the trial in June, Judge Gordon told him, “All the victims must have been extremely frightened and significantly affected for what was a terrible experience.”

Investigating officer Detective Constable Michael Lai, of the East Area Command Unit, said, “We’re very pleased to have secured this conviction and sentencing for what was a horrible series of offences. The victims were all minding their own business when they were confronted by a group of men armed with a knife, and robbed of their personal property and their vehicles.

“Flanagan has shown no remorse and elected to have a trial despite the evidence against him. I would like to thank the victims for coming forward and for their support. Enquiries continue to trace the other suspects, who can be sure that the East Area Command Unit will do everything possible to find them. Flanagan meanwhile, now has a substantial amount of time to think about what he has done.”

2018-07-04
admin1
Previous: Fire in Ramsey Street, Bethnal Green
Next: Arsonist on the loose in Hackney