Don't Miss
Home / Entertainment / Mirror, Mirror on the wall – which is the fairest Panto of them all? 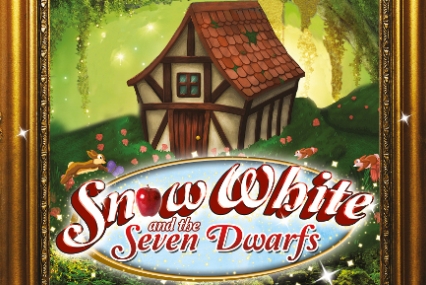 Mirror, Mirror on the wall – which is the fairest Panto of them all?

That’s easy! It’s the pantomime Snow White and the Seven Dwarfs – a classic story for all the family that is this year’s spectacular pantomime at The Broadway, Barking. Leading the cast is the beautiful Juliette Dean as Snow White, who performs alongside Hollyoaks’ heart throb Simon James Cole as Prince Harry. There will be plenty of audience participation, modern songs to sing along to, huge amounts of laughter and a great story to ensure that everyone leaves with a smile on their face.

Snow White meets her handsome prince and falls in love, much to the dismay of the jealous Wicked Queen, who tries to kill Snow White to retain her title of the fairest in the land. Snow White is forced to flee the castle and takes refuge with the mischievous seven dwarfs, only to be tricked by the Wicked Queen who persuades her to eat a poisoned apple.

Snow White falls into an eternal sleep and can only be woken by a kiss from her handsome Prince. Will the Prince be able to rescue Snow White? Will Muddles and Nurse Nora be able to help the dwarfs keep Snow White safe? Will Fairy Fortune be able to defeat the Wicked Queen in the ultimate showdown?  As with all good pantomimes, there has to be a happy ending – so good will prevail over evil in the end!

Snow White and the Seven Dwarves, presented by Polka Dot Pantomimes Ltd, is playing until Sunday, 3rd January 2016, with a running time of approximately two hours, 15 minutes. With over 50 fun filled performances running throughout the Christmas and New Year holidays, audiences of all ages will be able to boo the baddie, laugh along with Muddles and cheer on Snow White and the Seven Dwarfs.

Tickets are already in great demand and advance bookings are indicating that this show will be a great success.  Book your tickets now by calling The Broadway Box Office on 020-8507 5607 or online at www.thebroadwaybarking.com