Don't Miss
Home / Featured / Rushanara stands on her record: is it up to scratch? 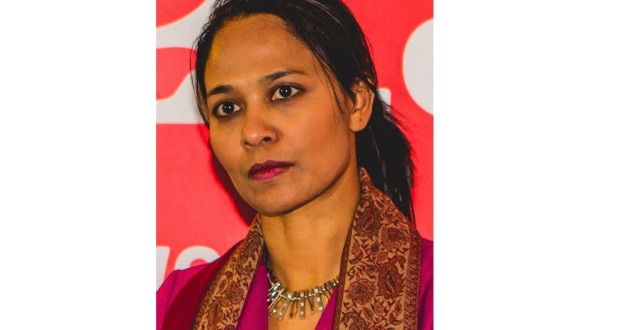 Rushanara stands on her record: is it up to scratch?

There were smirks from the Tory benches at the last meeting of the Council as Labour Group Leader Cllr Rachael Saunders referred to Rushnara Ali as the local “MP”, who was working for her “constituents”. It had to be pointed out to Cllr Saunders that the last Parliament has been dissolved and all former MPs are just ordinary commoners these days.

The problem seems to run throughout the local Labour Party. The Tower Hamlets Labour Party website still, the week before the election, had a page promoting the work of Rushanara Ali MP. Still, formalities aside, it is precisely these priorities that Ms Ali has put before the electorate as she seeks another term.

Although Ms Ali has local roots, she has used them as a springboard (to mix a metaphor) to gain her opportunities in life – and they are not open to all. Not every Mulberry School graduate can get to Oxford University and then work in and around Parliament before becoming an MP. Perhaps it is what she has done outside the borough, rather than within it, that gives her a habit of seeing improvement as coming through being a governor or a commissioner and in setting up services for people – rather than seeing the bigger picture of how people can run their own lives if other people stop trying to make a profit out of them.

While it is a really good thing that there is a national telephone interpreting service in over 100 languages providing a lifeline for the most vulnerable (which Rushanara claims credit for establishing), it’s not enough if what you are telling your doctor is that you are scared out of your wits by the racists pounding on the doors who are encouraged by the political parties who are playing the race card. It’s not enough if you are begging the local authority to house you. It’s not enough if you’re trying to get a place at college or in training and austerity measures have cut education providers.

Ms Ali is good at setting out general lists of how she has listened to local people and local groups and worked with other MPs and leaders in society to make things generally better. But, perhaps inevitably for a former MP whose party is in opposition, it is short on achievements. At the live hustings meetings which have taken place in the last couple of weeks of the campaign, Ms Ali has spoken well on some policy issues but not always connected up specific local complaints with her party’s failing when it was in government. Perhaps she should concentrate on some more specific issues if she is to convince voters and hang on to her seat in the face of the election court verdict backlash.
[Adverts]

2015-05-04
admin1
Previous: Burglars ruin students’ future: can you help?
Next: Is this the man who can halt the Labour shoo-in?