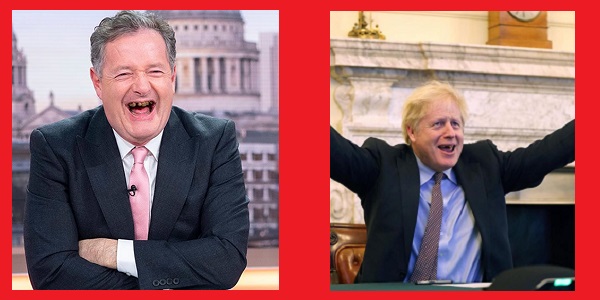 THE SUMMER SHOW at the London Dungeon runs till the end of August. The show offers visitors, young and old, an insight into the history of dentistry, with the chance to try out a Victorian dentist’s chair thrown in.

There’s more about the history of dentistry too. Back in the 17th century, toothache was thought to be the result of little worms burrowing into the teeth and gums. Later, anatomist John Hunter wrote The Natural History of Human Teeth. His scientific approach put an end to the worm theory and introduced the idea of tooth transplants. Unfortunately, transplant teeth were either wooden or were “donated” by the dead.

To highlight the standard of dentistry and tooth care of Victorian times, the London Dungeon has released photos of modern-day public figures, taken with a filter to give them the teeth they may have had in Victorian times. The rich and famous are perhaps more usually seen with teeth that have been improved, at great cost. The Dungeon suggests that the sight of them without this expensive treatment is repulsive.

Maybe your young people will be scared by the Summer Show and become enthusiastic, twice-daily brushers as a result. However, it’s not just a lack of enthusiasm that causes sub-standard dental care in our young people.

Tower Hamlets, for example, has one of the highest rates of tooth decay in the UK – despite the Council and NHS spending out on fluoride varnishing, freebie toothbrushing kits and education in the borough’s primary schools. Tower Hamlets is also a borough in which it is still very hard to find an NHS dentist. Even if you can find an NHS dentist, free dental treatment is only available to children and adults on benefits or women who are pregnant or have had a baby. Other adults are charged a minimum of £23.80 for a check-up and between £65.20 and £282.80 for treatment of any problems the check-up finds.

Dentistry is not just a cosmetic process.  Dentists may also spot signs of mouth cancer. Yet the cost of a visit can be very hard to find for someone whose income is low, but above benefits levels. It would be nice to think that the Dungeon’s Summer Show would be a reminder that discrimination on grounds of income was not left behind in the Victorian era, but continues today – and that the UK’s commitment to the NHS being universally “free at the point of need” should be extended to dentistry. Go take a look – and think on’t.

●Read more about it:
The London Dungeon: fear is a funny thing